Wayde gets Confidence boost ahead of Olympics 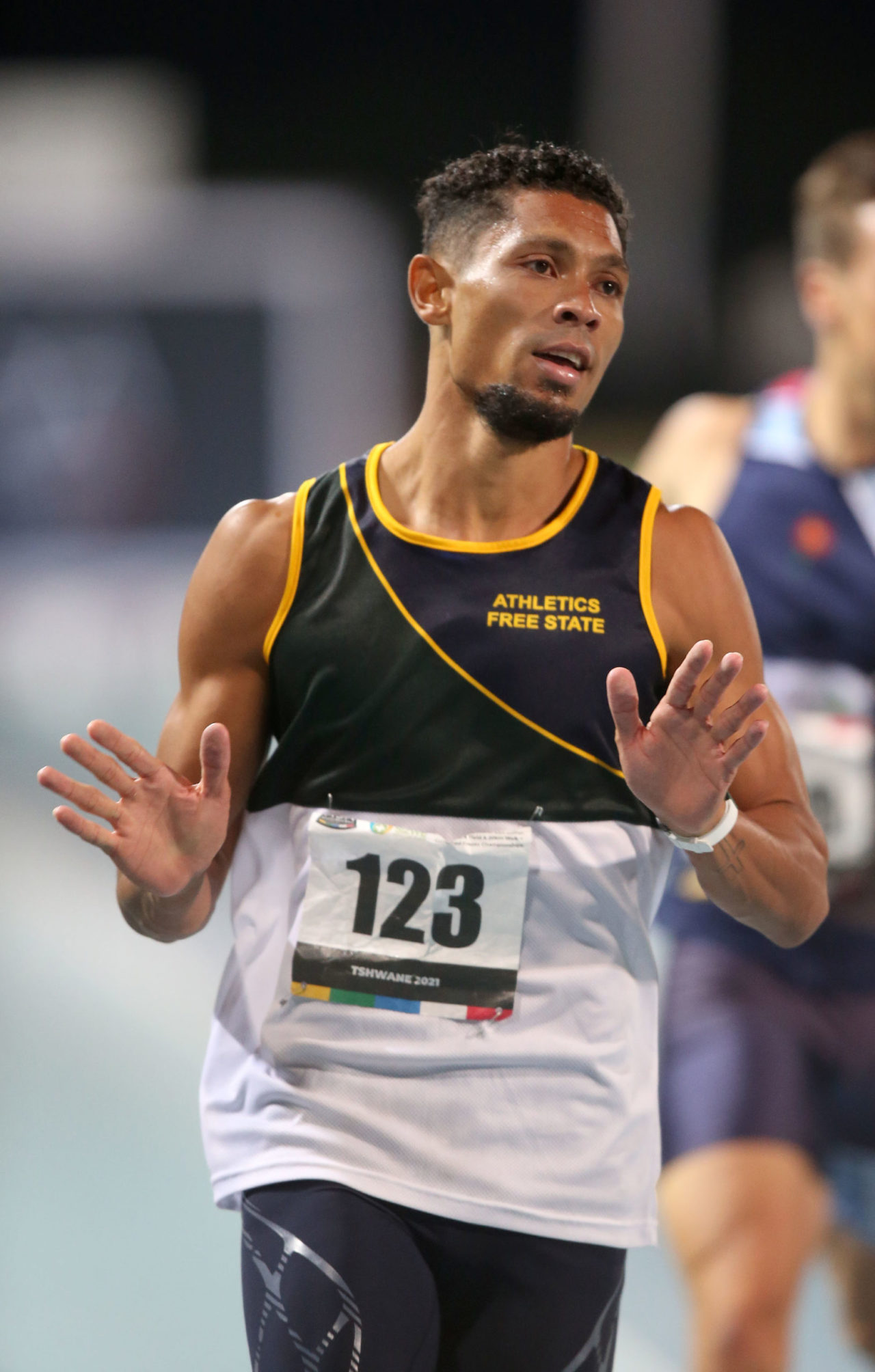 19 Apr Wayde gets Confidence boost ahead of Olympics

WAYDE van Niekerk’s gold medal in the 200m at ASA’s Senior Track and Field Championships has given him the neccessary momentum and confidence to ensure that he is at his best when he defends his 400m title at the Olympic Games in Tokyo in July.

Taking on his last race on domestic soil this season, 400m world record holder and Olympic Games champion Van Niekerk did not disappoint on Saturday night, racing to a convincing victory in the men’s 200m final on the third and final day of the Sizwe Medical Fund ASA Senior Track & Field and 20km Walk + Combined Events Championships at TuksStadium in Tshwane.

Running in cold conditions in the capital city, Van Niekerk completed the half-lap final in 20.38 seconds, coasting home well clear of the rest of the field with national U20 champion Benjamin Richards grabbing the silver medal in 20.77.

“Tonight was just about getting the win and feeling what it’s like to win again at championship level,” Van Niekerk said.

“Now I can use this momentum going forward. Training is going well and I’m feeling confident in myself.”

In the women’s 200m final, Justine Palframan earned gold in 23.64, holding off a challenge from Shirley Nekhubui who finished second in 23.77.

“This is my third time being national champion and I want more medals and titles. If I keep working at it and I can stay fit and healthy, I know I’ll get there and achieve my goals.”

In the men’s shot put, Kyle Blignaut and Jason van Rooyen continued their domestic rivalry in a hard-fought battle.

Blignaut ultimately came on top to win the final with a 20.82m heave, with Van Rooyen settling for the runner-up spot (20.60m).

“I wanted the Olympic qualifying standard (21.10m) but I’m very happy with the win and my first SA senior title,” said Blignaut, a former World U20 Championships gold medallist.

“It was a bit cold, but no excuses. I will try to get the Olympic qualifier at an international meeting.”

On the track, Wenda Nel did well to secure her ninth national title in the women’s 400m hurdles event.

“I didn’t execute the last hurdle as planned, but I did not compete for 20 months and I can feel the rust is starting to come off, so I’m very happy with the win,” Nel said.

Le Roux Hamman dipped under 50 seconds to grab the gold medal in the men’s 400m hurdles event, reclaiming the title he won in 2017..

“Times can be taken away from you but not titles, so I’m very happy,” Hamman said.

“It was cold today, which influences the performances, but it’s nice to come back and win again.”

In the flat 400m contests, Deline Mpiti caused an upset to win the women’s final in a personal best 52.78, with SA U20 champion Amy Naude finishing second in 53.65, while Zakithi Nene earned gold in the men’s final in 45.54.

Fredriech Pretorius earned gold in the decathlon with 7 510 points and Shannon Verster won the heptathlon with 5 247 points.

“What a beautifull three days of sheer great performances to be proud of. The message from this championship is that many athletes are clearly focussed and are on the right track.

“We had athletes who were chasing titles, with others seeking qualification for the Olympics and the African Champs, while others have qualified and wanted to test their level of performances after a frustrating lockdown period to athletes. But this is great, seeing new champions in some areas and champions retaining their titles in others. We now all know what the coaches and athletes still need to work on. Congratulations to all winners and all competitors.

“We must also thank all who have worked at the championship to make it the success it was. This includes, officials in all areas plus the people who continually ensured that the entire venue was kept in a health-compliant state, including cleaners and security personnel. And most of all, we thank our wonderfull sponsors.”

“SA’s Track and Field stars are resilient. This is evident in the impressive results that were obtained over the past three days.  Not only did the pandemic result in a moratorium on competition for a good period of time, but athletes also had to find alternative venues to train at, with stadiums being closed because of the pandemic.

“Irrespective of all the trials that had to be faced, our athletes prevailed making the victories and results even sweeter.  A big congratulation to each and every athlete that has competed!  It was an absolute privilege watching you all in action and we are extremely proud to have been part of such a prestigious event.”