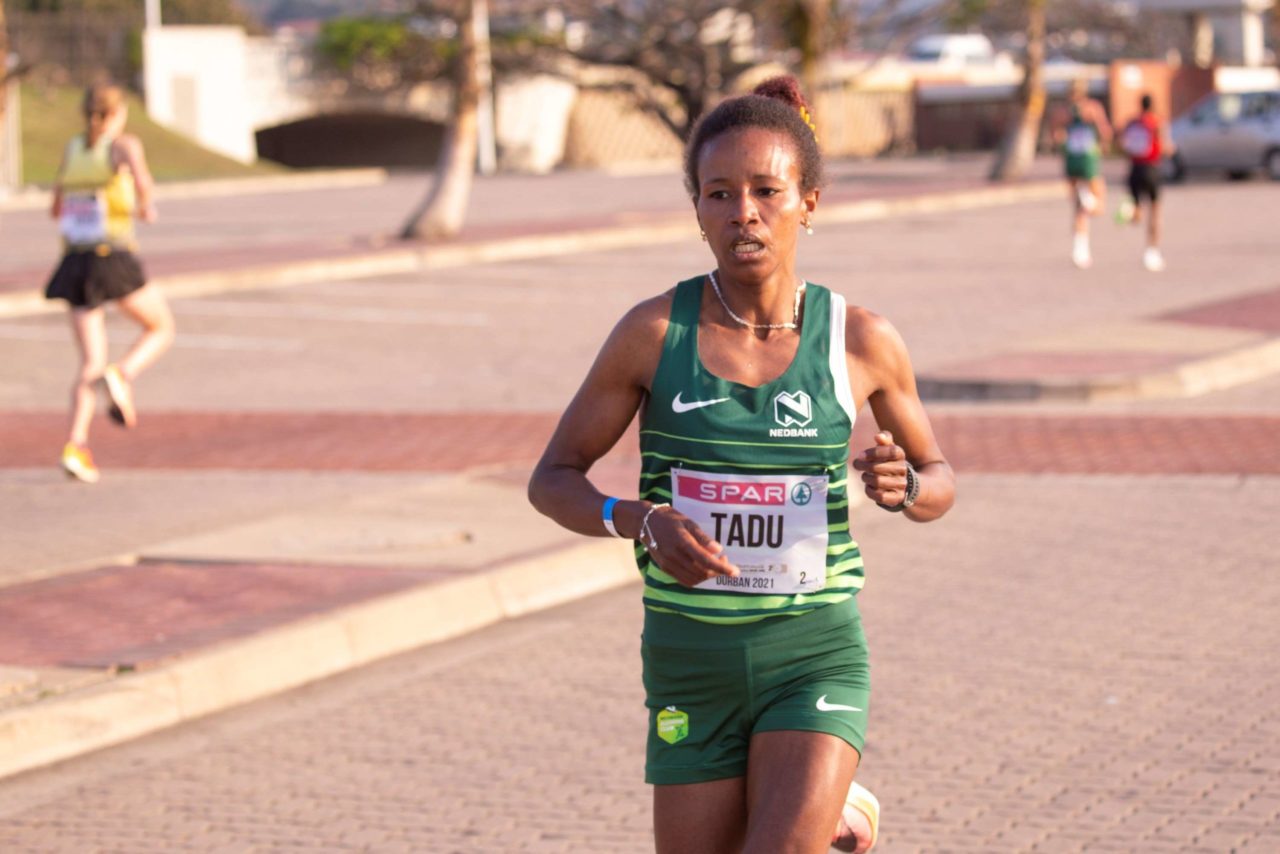 With three consecutive victories, Ethiopian runner Tadu Nare (Nedbank) has established an almost unassailable lead in the 2021 SPAR Grand Prix series, with a total of 75 points.

There has been considerable movement elsewhere on the points ladder, with consistently good performances proving invaluable. Fortunate Chidzivo (Retail Capital) has moved into second position with 64 points, after coming fifth in Pietermaritzburg, fourth in Cape Town and fifth in Durban.

Kesa Molotsane and her Murray & Roberts teammate Cian Oldknow are in joint third position with 62 points each. Molotsane came fourth, second and tenth in Pietermaritzburg, Cape Town and Durban, while Oldknow finished sixth, third and seventh.

Glenrose Xaba (Boxer) is only in ninth position on the SPAR Grand Prix ladder, with 48 points, despite finishing second in Pietermaritzburg and Durban. This shows the importance of taking part in as many races as possible. Xaba missed the Cape Town leg because of a knee injury.

The 2019 overall Grand Prix winner, Namibian Helalia Johannes and her Nedbank teammate, three times SPAR Grand Prix winner Irvette van Zyl, are expected to return to the series at the Tshwane race on September 24, but they have a huge deficit to make up.

With two wins and a second place, Elmarie Pretorius (RunWalk For Life) leads the 50-59 category with 14 points and Judy Bird (Murray & Roberts) is top of the 60-69 category with three wins.

Murray & Roberts have a substantial lead in the club standings, with 370 points from 21 scorers. Nedbank are in second place, with 272 points from 11 scorers, followed by Boxer, with 184 from six.