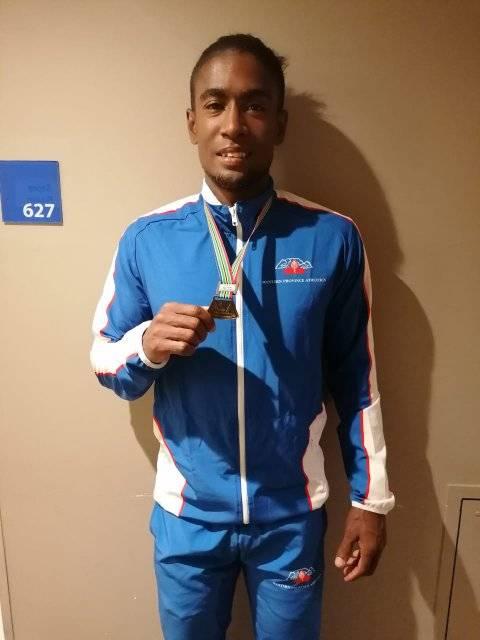 ALL the hard work has finally paid off for Keegan van der Merwe from Beacon Valley in Mitchells Plain.

The sprinter from Itheko participated in his first National Championships in the 400m and the 4x100m relay.

His goal was to return home with a medal. He managed to achieve just that when he combined brilliantly with Roscoe Engel, Darren Riddles and Kyle Green in the 4x100m relay.

The WPA speedsters managed to finish on the podium in third position competing against some of the fastest men in the country.

Van der Merwe had to endure a lot of hardship in his life. His remarkable journey began in 2016 when Carmen Lewin and Mark Lewin saw him running on a field at a church’s sports day.

They insisted that he join a club. This is where his coach, Jonathan Dreyer, took him under his wing.

“I knew from then on that, despite my circumstances, I would have to make a lot of sacrifices to achieve my goals,” Van der Merwe said.

“In 2018 I had to steal train and sit on the roof of the train because it was so full. It was just to get from the training field back home.

“When there were no trains in service, I had to walk. With the lack of finances I had to walk from Beacon Valley in Mitchells Plain to UWC in Bellville or Vygieskraal in Athlone to get to training.

“However, I did it with so much love and conviction because I knew that one day it would be worth it.

“When a friend, Cameron du Toit, heard how far I had to walk, he gave me a bicycle that reduced my journey from three and a half hours to an hour and a half.

“Many times I only had a few pieces of dry bread before a difficult workout, but I prayed and believed that God would help me.”

Van der Merwe is very grateful for the support he received from his family, his girlfriend, Andrèa van Wyk, the community and even strangers he met along the way.

For Van der Merwe it was just an honour to represent his province and the community of Mitchells Plain. He sees it as a bonus to get a bronze medal and not return home empty handed.

“I can just once again thank God for the strength in our bodies to complete this race.. Thank you to my coach, and everyone for your support and prayers. This medal is for all of you,” said an elated Van der Merwe.