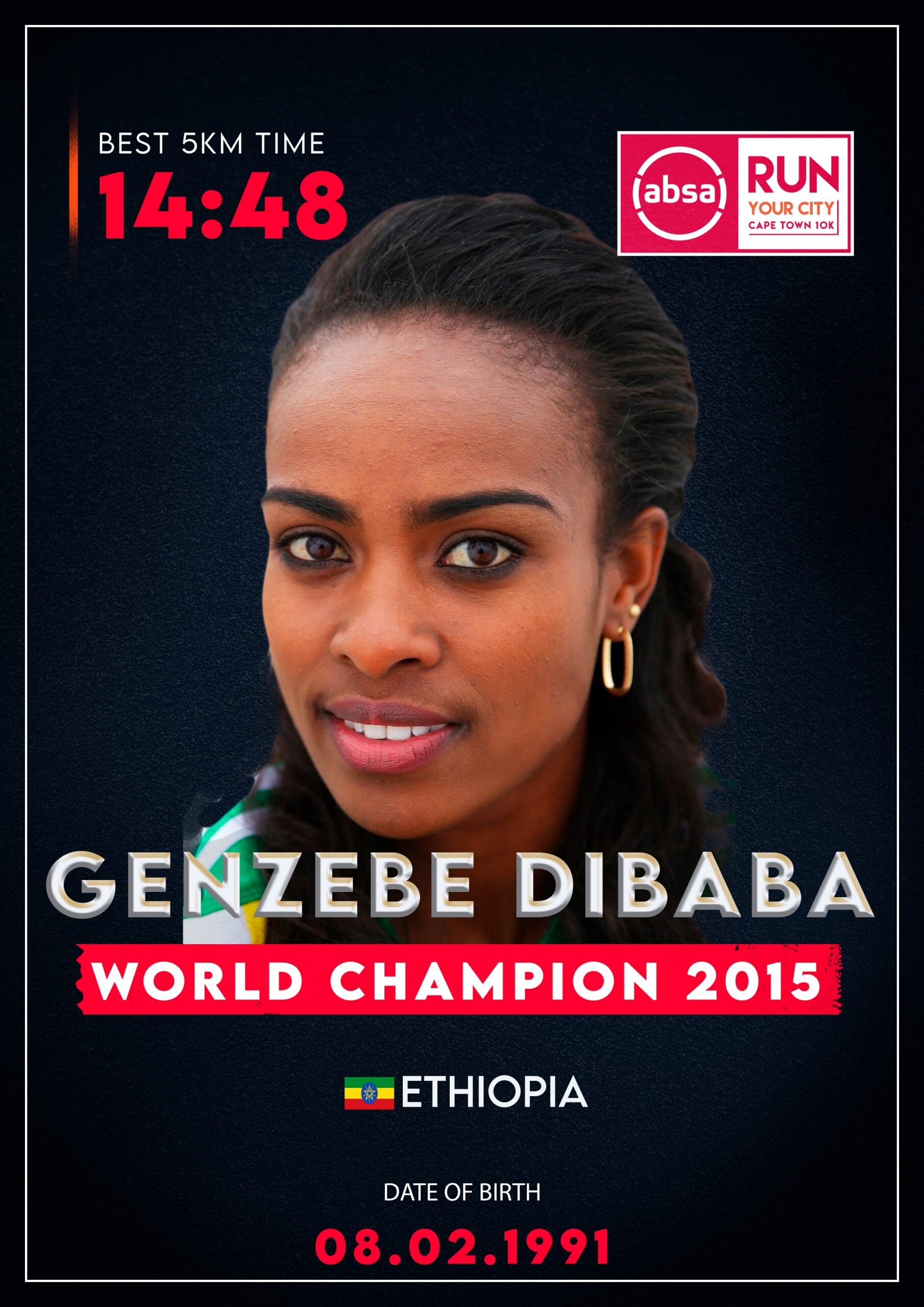 In what has to be the biggest coupe in the history of the Absa RUN YOUR CITY Series and the history of South African road running, the organisers of the Absa RUN YOUR CITY CAPE TOWN 10K announced today that Ethiopia’s Genzebe Dibaba, arguably one of the best female athletes in the world and holder of four world records and two world bests, will line up on Sunday 15 May 2022.

“We are extremely excited to have Genzebe race in the Absa RUN YOUR CITY CAPE TOWN 10K on Sunday 15 May,” said Michael Meyer, Managing Director of Stillwater Sports and Founder of the Absa RUN YOUR CITY Series. “Since we embarked on this journey in 2015 our goal was always to bring the world’s best to race the best in South Africa on home soil and by bringing out Genzebe, we have been able to secure one of the best athletes in the world. Her CV and pedigree speak for itself. So, we are really excited about her coming to race here in South Africa and are confident that we will see the fastest women’s time ever seen on South African soil.”

Showing just how versatile and lethal she is, Dibaba has won medals on the track and is also a two-time world cross country champion, winning the World U20 titles as a 17-year-old in 2008 and defending that title a year later. In only her second outing on the road, Dibaba won the Valencia Half Marathon Trinidad Alfonso EDP in 2020, clocking an astounding 65:18 – the 6th fastest time in the world that year.

With weather conditions predicted for Sunday as near perfect, minimum temperature of 11 and maximum of 21, no wind and sunny, Dibaba is expected to run the fastest time yet seen on South African soil over 10km. Expect the SA All comers record standing at 31:13 (Elana Meyer, Budapest 2001) to fall as it is anticipated that Dibaba will go under 31minutes and potentially threaten a sub 30min finishing time. At her best pace over the 5km, 2:57/km, Dibaba could come close to the current world record of 29:14, set by Yalemzerf Yehualaw in February this year.

Dibaba is the youngest of the three Dibaba sisters with eldest sister, Tirunesh a three-time Olympic Gold medallist and five-time world champion and second sister, Ejegayehu a silver medallist over the 10 000m in 2004 at the Olympics. Clearly running is in the genes and fireworks are expected from Genzebe on Sunday 15 May.

In a career that spans since 2007 as a Junior Athlete, Genzebe has amassed a total of 20 international medals, 13 of which are gold medals, 5 are silver and 2 bronze medals. Genzebe Dibaba is the most decorated athlete to have set foot on South African soil and her racing at the Absa RUN YOUR CITY CAPE TOWN 10K is the biggest announcement in the history of South African road running.

SA ELITE ATHLETE PROGRAMME: The Absa RUN YOUR CITY Series has launched the 2022 SA Elite Athlete Programme aimed at providing South African runners with the opportunity to run world class times on South African soil. The programme is aimed at ensuring that the best South African athletes compete in the Absa RYC Series, against some of the best athletes in the world, and are rewarded for world class performances.

PLEASE NOTE:  The event organisers will at all times adhere to Government Regulations regarding COVID-19. 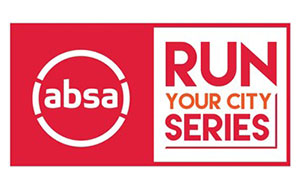